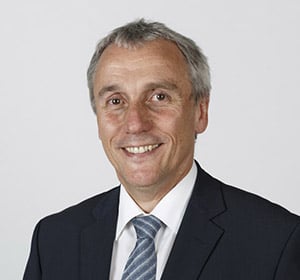 Philippe Chomaz, former student of Ecole Normale Superieure (Paris), has been CNRS researcher at Orsay, visiting scientist at Berkeley and CEA researcher at Caen. He next served as deputy director of GANIL (Large Heavy Ion National Accelerator) and director of CEA-Irfu (Institute of Research into the Fundamental Laws of the Universe) at Saclay.Since 2016, he is the Scientific Director of CEA fundamental research division (50 laboratories and 6270 staff). He published about 200 papers in nuclear, quantum and statistical physics and gave over 100 invited talks, as well as radio and television interviews. He has been President of SFP nuclear physics division, of European Center ECT, of the Physics committee in the French research agency, of the large laboratories at CERN and Secretary of the 2012 CERN European Strategy. He is now leading the international cooperation of the quantum flagship.