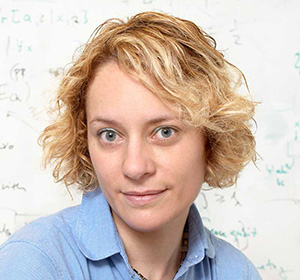 Stephanie Wehner is Antoni van Leeuwenhoek Professor at Delft University of Technology. As Roadmap Leader Quantum Internet and Networked Computing she is responsible for QuTech’s quantum networks objectives. Her passion is quantum communication in all its facets, and she has written numerous scientific articles in both physics and computer science. Stephanie is one the founders of QCRYPT, which has become the largest conference in quantum cryptography, the coordinator of the Quantum Internet Alliance, and has been awarded the KNAW Ammodo Science Award 2019. From 2010 to 2014, her research group was located at the Centre for Quantum Technologies, National University of Singapore, where she was first Assistant and later Associate Professor. Previously, she was a postdoctoral scholar at the California Institute of Technology in the group of John Preskill. In a former life, she worked as a professional hacker in industry.